Cricket is a gentleman’s game, and players are always expected to follow the rules and avoid fights on the field. However, sometimes while playing for their countries, players wear their hearts on their sleeves and end up having contentious discussions. Sometimes amusing banter has turned into sledding, and then worse.

Cricketers strive to perform to the best of their abilities, but emotions sometimes get the best. They are engaged in heated debates with opposing players, which is not a good sight for the rest of the world to see. Tempers flare; occasionally, they come dangerously close to exchanging blows on the cricket field. There have been several famous cricket match fight throughout the game’s history.

Looking At Some of The Nastiest Fights In Cricket History

Nobody wants to lose at any cost, and in the process, the passionate players have occasionally crossed the line. Let’s look at some of the tensest moments in cricket history when two players almost fought in front of the entire world.

India-Pakistan is cricket’s hottest rivalry, and, to be fair, the two nations face off in more than just a cricket match. On Christmas Day 2012, the two countries met in her T20 game in Bangalore. Ishant Sharma and Kamran Akmal were fed up with each other and nearly knocked the two of them out in the middle of 22 yards.

The two referees and the rest of the players tried accommodating each other, as things could have gone from bad to worse. The audience felt like he was watching a heavyweight fight between two boxers. Luckily, the two realized this didn’t help either side and calmly continued the match.

During a match, MS Dhoni is usually the most composed person in the stadium. Nothing phased the former Indian captain, who appeared to practice meditation on the cricket field. However, certain things can irritate even the most peaceful person.

Mustafizur Rahman, a Bangladesh debutant in that match, was seen coming in the way of an Indian batsman in the middle of a run. Dhoni was enraged and decided to take matters into his own hands. Dhoni appeared to push Mustafizur away from the crease purposefully. Both players collided, and as a result, the match referee penalized both players. Dhoni was fined 75% of his match fees, whereas Rahman was fined 50%.

This is by far the most recent addition to the list of the most unlucky moments on the cricket field. The U19 Cricket World Cup final was held between two neighboring countries, India and Bangladesh. Bangladesh eventually won the match, and then things got ugly.

The Bangladeshi players ran towards the pitch to celebrate, abusing many Indian players. Both teams’ players were seen pushing each other, as expected. Both teams’ support staff separated the two groups, but the damage had already been done. The ICC investigated the matter and found some of the players guilty. Five players were found to have violated the ICC’s code of conduct at the Level 3 level.

It was 2013, and Australia was about to complete the first Test match of the Ashes series in Brisbane. The last batter, James Anderson, came to bat, and short leg fielder George Bailey was in his ear from the start. Anderson had none of it and tried to discuss it with the stand-in umpires.

The Englishman punched Bailey, which irritated Australia’s captain Clarke. He charged in to confront Anderson, saying, “Get ready for a broken F***** arm.” Australia won the match in a few moments, but Clarke was fined 20% of the fees afterward.

In the quarterfinals of the 1996 Cricket World Cup, Venkatesh Prasad of India and Aamir Sohail of Pakistan had a famous cricket match fight. Sohail was batting brilliantly and appeared to lead Pakistan to a famous victory. He was suddenly carried away after hitting a Prasad boundary. He immediately instructed Prasad to remain silent and retrieve the ball from the boundary rope. Prasad would respond by knocking Sohail’s off-stump out of the ground and leading him to the pavilion.

The two Indian players who played together in the India team and for Delhi in domestic cricket are next. Virat Kohli and Gautam Gambhir, two aggressive Delhiites, got into an ugly brawl during an IPL match. Gambhir’s Kolkata Knight Riders dismissed Virat, and he gave the Royal Challengers Bangalore batsman a send-off that did not impress him in the least.

He quickly approached Gambhir and displayed his rage on the field. Gambhir was not backing down either, and the two exchanged harsh words in the middle of the game before the umpires and players intervened. The images of these two going at it will live on in the minds of every Indian cricket fan.

The first season of the IPL featured an ugly brawl between two Indian players. Kings XI Punjab had defeated Mumbai Indians in a match, and the players from both teams were shaking hands afterward. Disappointed by the unexpected loss, Mumbai captain Harbhajan slapped his Indian teammate Sreesanth.

The first season of the IPL featured an ugly brawl between two Indian players. Kings XI Punjab had defeated Mumbai Indians in a match, and the players from both teams were shaking hands afterward. Disappointed by the unexpected loss, Mumbai captain Harbhajan slapped his Indian teammate Sreesanth.

This is the most amusing incident, with Javed Miandad jumping as he attempted to imitate Kiran More. The Pakistani batsman complained to the umpire that the wicketkeeper was excessively appealing and jumping. After making his ground, Miandad looked at More and began jumping, creating a historic moment in world cup history. The Pakistan batters should have concentrated on the target they were attempting to chase. Miandad was sent off as More and India won the first World Cup match between the two arch-rivals.

Even after their incident 13 years ago, they continue to poke fun at each other. For a brief moment, two fiery characters, Shahid Afridi and Gautam Gambhir, forgot they were playing a cricket match. They were hell-bent on punching each other after colliding while Gambhir was pinching a quick single.

Afridi was making an LBW appeal when he crashed with Gambhir’s helmet midway through the game. Gambhir then adjusted his helmet and confronted Afridi. The two did not back down and verbally abused each other in Hindi and Urdu. The crowd sensed the tension between the two and began to cheer when they started swearing at each other.

The umpire removed Gambhir from Afridi and told him to calm down. Both players were appropriately punished after the game, as the match referee fined both for this incident.

Read Also : Everything You Need to Know About Mommy Makeover

Cricket is a gentleman’s game, but there’s always room for a little friendly banter amid the intense competition on the field. It all adds to the game’s vivacity and ferocity. But it gets even crazier when the fire in the eyes rolls across the turf and strikes the flame. Nonetheless, it appears to add some much-needed entertainment to the game of cricket. All these moments of cricket match fight, banter, and rivalry make it unique.

Everything You Need to Know About Mommy Makeover 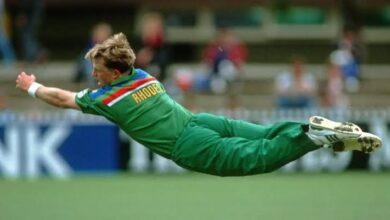 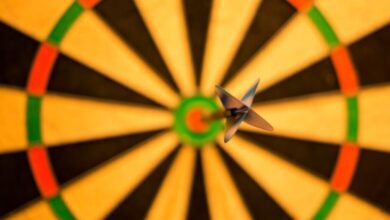 How Can Employees Work Toward Achieving Objectives